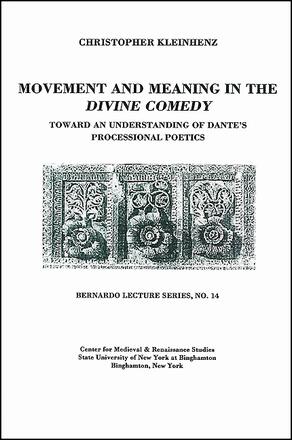 Movement and Meaning in the Divine Comedy: Toward an Understanding of Dante's Processional Poetics

Argues that the analysis of movement and its correlative procession in the Divine Comedy is fundamental to an understanding of how Dante generates meaning in his poetic text.

Christopher Kleinhenz's Movement and Meaning in the Divine Comedy: Toward an Understanding of Dante's Processional Poetics is the fourteenth in a series of publications occasioned by the annual Bernardo Lecture at the Center for Medieval and Early Renaissance Studies (CEMERS) at Binghamton University. This series offers public lectures which have been given by distinguished medieval and Renaissance scholars on topics and figures representative of these two important historical, religious, and intellectual periods.

In Movement and Meaning in the Divine Comedy, Kleinhenz argues that the analysis of movement and its correlative procession in the Divine Comedy is fundamental to an understanding of how Dante generates meaning in his poetic text. References to movement—both linear and circular—in the poem are generally filled with significance. As the mimetic representation of the Pilgrim's journey from Hell to Paradise, the entire Comedy may be seen as a procession, during which Dante also observes an assortment of processions, which because of their more formalized nature, have specific meaning for his journey. As Dante progresses toward his goal, he acquires knowledge, gains experience, and receives moral and spiritual enlightenment. His journey is at once linear and circular, linear in its progression toward the Beatific Vision and circular in that at the end of the poem he is once more returned to earth. The way in which Dante incorporates movement to generate meaning in the text might be termed his "processional poetics. " In addition to considering both the idea of a "procession" as a special kind of ritualized motion and some of the sources of processions (biblical, historical, literary, artistic) that may have influenced Dante, the essay examines several specific examples with regard to their incorporation of movement and/or procession- the episodes in Inferno 5 (the lustful), 6 (the gluttons), 7 (the avaricious and the prodigal) and 34 (Lucifer), the mystical procession in Purgatory 29, the series of allegorical tableaux in Purgatory 32, and various moments in Paradise (Cantos 10, 12, 20, 23, 30). Finally, the seeming conflict between linear and circular movement in the Comedy is resolved when Dante recognizes the linear process of transformation as the necessary preparatory stage for putting the soul in circular harmony with the celestial spheres. Thus, Dante is able to manifest in himself the ultimate triumph of circularity over linearity, of the spirit over matter, and of eternity over time.

Christopher Klienhenz is the Carol Mason Kirk Professor of Italian at the University of Wisconsin-Madison, where he has taught medieval Italian literature for more than three decades. Among his books and edited volumes are The Early Italian Sonnet; Medieval Manuscripts and Textual Criticism; Medieval Studies in North America; Saint Augustine, the Bishop; Fearful Hope; and Medieval Italy: An Encyclopedia, as well as a translation of The Fiore and the Detto d'Amore. His teaching and research interests center on Italian literature of the Duecento and Trecento (especially Dante, Petrarch and Boccaccio), manuscript studies, and the interrelationship of art and literature in medieval Italy. In 2004 he received the Chancellor's Award for Excellence in Teaching, In addition to serving as Editor of Dante Studies (1988-2002), he has been President of the American Association of Teachers of Italian (1999-2003), President of the American Boccaccio Association (1993-97), and President of the Medieval Association of the Midwest (1984-85, 2003-04).

Other Books By Christopher Kleinhenz or Sandro Sticca 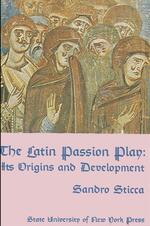 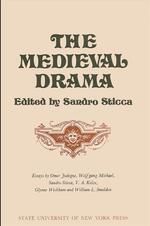 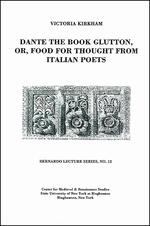 Dante the Book Glutton, or, Food for Thought from Italian Poets 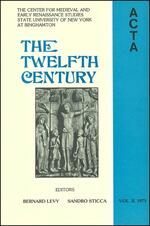 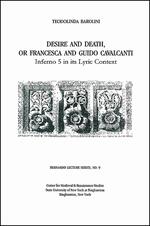 Desire and Death, or Francesca and Guido Cavalcanti: Inferno 5 in Its Lyric Context 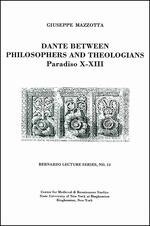 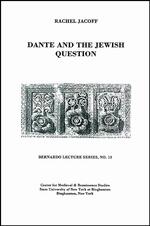 Dante and the Jewish Question 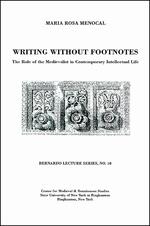 Writing Without Footnotes: The Role of the Medievalist in Contemporary Intellectual Life 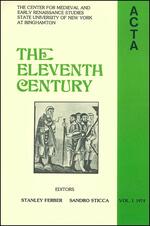 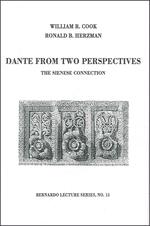 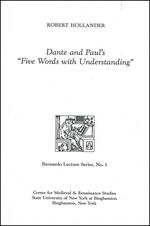 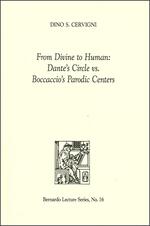 From Divine to Human: Dante's Circle vs. Boccaccio's Parodic Centers 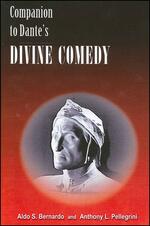 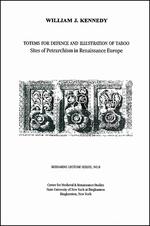 Totems for Defence and Illustration of Taboo: Sites of Petrarchism in Renaissance Europe 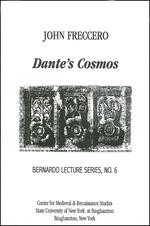 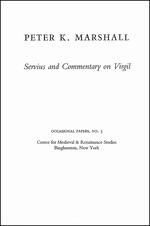 Servius and Commentary on Virgil 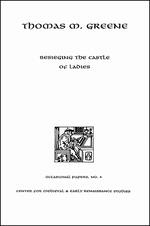 Besieging the Castle of Ladies 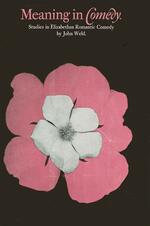