Democracy Is Under Attack - What Should Academe’s Response Be?

Democracy is in retreat throughout the world. Ukraine held a free and fair election and Vladimir Putin sought to nullify the election and absorb the country into Russia. Hong Kong sought to maintain the freedoms guaranteed when the United Kingdom handed over the city to the China and the democracy movement was snuffed out. Even in the world’s oldest and largest democracies – the United States and India – we have seen a democratic recession with “strongmen” ruling their countries.

The warning signs are apparent of the clear and present danger for those of us who value a devotion to truth. The question is what those of us in higher education should do. Democracy and higher education are inextricably linked. Universities not only have the ability to be key arbiters of how democracy is advanced, but they also need to reflect democratic values in their practices, objectives and goals.

Universities, at their best, model how discussions and arguments might take place over the nature of phenomena – whether it be in the laboratory, the classroom, or the college square. Free speech and academic freedom died in Hong Kong.  The university has become a shell of an organization devoted to the search for truth. Certainly, universities will be able to function and do the bidding of authoritarian governments, but for those of us who believe that the search for truth is central to academic life, the university exists in name only and nothing more.

We might, for example, teach on and off-campus about the import of the public good. Trust in public institutions is at an all-time low. Society needs a more robust definition of what the public good means in a democratic society. In the United States such an argument revolves around our understanding of the Constitution, its strengths, flaws, and change over time. An understanding of the public good needs to be a cornerstone of core teachings at any institution, but also a centerpiece of lectures to the larger society.

Similarly, we need to model how to engage in difficult dialogues. Few organizations are as equipped to foster thoughtful, civil dialogue and debate about contentious issues than colleges and universities. We need to bring contentious issues onto our campuses and utilize a framework that encourages the use of facts and reflection on what a speaker says. Numerous issues require thoughtful discussions that will not occur on one-sided podcasts or forums that cater to an audience’s preconceived notions. Surely academics can devise thoughtful forums for debate and dialogue that model the best sort of behavior necessary for a healthy democracy.

In Higher Education for Democracy I extend the idea by arguing that if academe is to be a progenitor in the advancement of democracy, then we need to be more than disengaged scholars who offer occasional background information about a problem. I am suggesting that our colleges and universities need to be more involved in taking positions and speaking out on issues of central concern to democracy’s health. We need to consider ways, for example, to protect and advance voting rights. We need to position higher education in defense of democracy in a globalized economy framed by fascism. 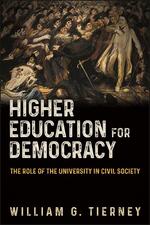 The Role of the University in Civil Society 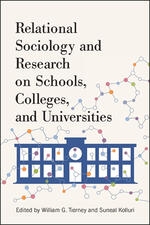 Relational Sociology and Research on Schools, Colleges, and Universities 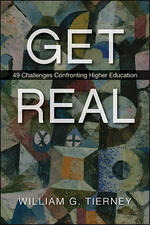 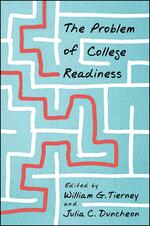 The Problem of College Readiness