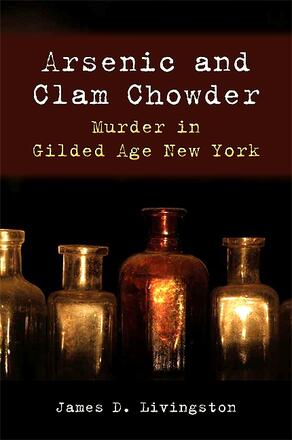 1. The Death of Evelina Bliss

7. Opening of the People’s Case

Recounts the sensational 1896 murder trial of Mary Alice Livingston, who was accused of murdering her mother with an arsenic-laced pail of clam chowder and faced the possibility of becoming the first woman to be executed in New York's new-fangled electric chair.

Arsenic and Clam Chowder recounts the sensational 1896 murder trial of Mary Alice Livingston, a member of one of the most prestigious families in New York, who was accused of murdering her own mother, Evelina Bliss. The bizarre instrument of death, an arsenic-laced pail of clam chowder, had been delivered to the victim by her ten-year-old granddaughter, and Livingston was arrested in her mourning clothes immediately after attending her mother's funeral. In addition to being the mother of four out-of-wedlock children, the last born in prison while she was awaiting trial, Livingston faced the possibility of being the first woman to be executed in New York's new-fangled electric chair, and all these lurid details made her arrest and trial the central focus of an all-out circulation war then underway between Joseph Pulitzer's World and Randolph Hearst's Journal.

The story is set against the electric backdrop of Gilded Age Manhattan. The arrival of skyscrapers, automobiles, motion pictures, and other modern marvels in the 1890s was transforming urban life with breathtaking speed, just as the battles of reformers against vice, police corruption, and Tammany Hall were transforming the city's political life. The aspiring politician Teddy Roosevelt, the prolific inventor Thomas Edison, bon vivant Diamond Jim Brady, and his companion Lillian Russell were among Gotham's larger-than-life personalities, and they all played cameo roles in the dramatic story of Mary Alice Livingston and her arsenic-laced clam chowder. In addition to telling a ripping good story, the book addresses a number of social and legal issues, among them capital punishment, equal rights for women, societal sexual standards, inheritance laws in regard to murder, gender bias of juries, and the meaning of "beyond a reasonable doubt. "

Born June 23, 1930, in Brooklyn, New York, James D. Livingston studied engineering physics at Cornell University and received a PhD in applied physics from Harvard University in 1956. Since retiring from General Electric after a lengthy career as a research physicist, he has been teaching in the Department of Materials Science and Engineering at MIT. Although a physicist by profession, he has long had a strong interest in American history, and is the coauthor, with Sherry H. Penney, of A Very Dangerous Woman: Martha Wright and Women's Rights.

"Arsenic and Clam Chowder is a very interesting analysis of a significant trial … Evelina's murder provided late-nineteenth-century New York with a fascinating story of intrigue, and Livingston attempts to bring those events to life and detail their historical significance. " — New York History

"…a clear and engaging historical narrative that reflects years of painstaking research into these events and the records created as they unfolded in the press and were remembered in private family documents … Livingston's choice to structure the book as a narrative rather than an analytical treatment of Fleming's life and the complicated cultural history with which it intertwines makes for a fascinating read. " — Hudson River Valley Review

"This is a titillating account of mystery, murder trial procedures, social status of women, and the societal practices and prejudices back in the horse and buggy days. There is enough material here for an exciting film exploring legal history, social customs, and the behavior of the upper crust. This is definitely a non-fiction mystery thriller that will grab and flabbergast you at the same time. " — Sacramento Book Review

"In the process of telling this scandal-ridden story, Livingston … explores the social and moral issues that surrounded the trial. " — Hudson Valley Magazine

"…a carefully researched and readable account of the Bliss murder, and of the subsequent trial of Mary Alice. " — Boston Globe

"James Livingston breathes life into this old case by placing the circumstances of the Livingston clan in the contexts of their time … this is a book that should interest readers beyond historians of the 19th century, journalism, feminism, the death penalty, or simply racy historical scandals. It belongs on library shelves, but should also prove fascinating reading for general readers who might enjoy a window into an age not as different from ours as we might think. " — BookPleasures. com

"Arsenic and Clam Chowder is a great read, not just for murder buffs, but for anyone interested in the vibrant years that ended the 19th Century. " — MurderByGasslight. blogspot. co

"The story is told, in lurid and fascinating detail. " — Hudson Valley News

"A sensational story, packed with twists and fascinating revelations. The murder trial of Mary Alice sheds unexpected light on the Gilded Age, and in the future will make us all think twice about clam chowder. " — Eric Homberger, author of Mrs. Astor's New York: Money and Social Power in a Gilded Age 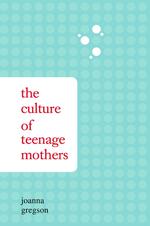 The Culture of Teenage Mothers 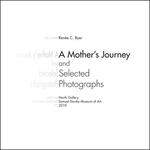 A Mother's Journey and Selected Photographs 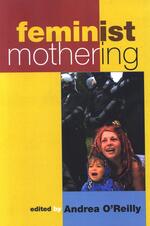 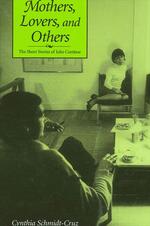 Mothers, Lovers, and Others 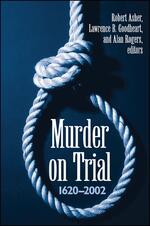 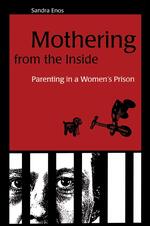 Mothering from the Inside 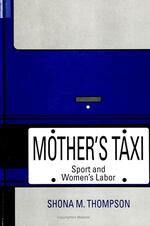 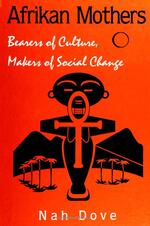