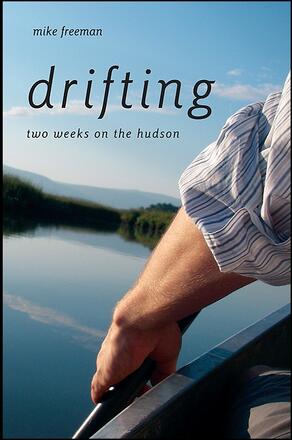 Two Weeks on the Hudson

Prologue
Rivers and the River
Dimensions
PART I. MOUNTAINS AND WILD

My Land, Your Land
The Maturity of Idols
Tenting Tonight
Quiet Is the Word
Where the Wild Things Were
The Country Behind
Portals
PART II. COGS AND WHEELS

A two-week canoe trip down the Hudson offers an opportunity to reflect on America’s past, present, and uncertain future.

This candid account of the author's two-week canoe trip down the Hudson River offers an introspective and humorous look at both the river and Recession-Era America. New to fatherhood and fresh from ten years in an Alaskan village, Mike Freeman sets out to relearn his country, and realizes it's in a far greater midlife crisis than he could ever be. With an eye on the Hudson's past, he addresses America's present anxieties—from race, gender, and marriage to energy, labor, and warfare—with empathy and honesty, acknowledging the difficulties surrounding each issue without succumbing to pessimism or ideology.

From the river's headwaters in the Adirondacks, Freeman follows the Hudson south through America's first industrial ghost towns, where ruin begs for rebirth. Next is the Hudson Valley and the river's 153-mile estuary, with its once-teeming fisheries. Here, agriculture is redefining itself, while at West Point, officer candidates train for America's murky modern wars. The Hudson Highlands, too, are prominent, the place where Americans first wed God to nature, and where the mountains remain a potent place to mull that bond. From there it's on to Manhattan, with its skyline that symbolizes the world's financial might as well as its startling fragility.

As controversial as it is comforting, Freeman's narrative makes us think in hard ways about America as the country itself drifts toward an uncertain future. But throughout, of course, is the magnificent Hudson, whose resilient beauty speaks well both to nature's toughness and America's greatest strength—the ability to redirect and change course when necessary.

Mike Freeman is a freelance writer and editor. From 1998 to 2008 he was a fisheries assistant at the Alaska Department of Fish and Game, and has canoed thousands of miles in southeast Alaska. His essays have appeared in the Massachusetts Review; South Dakota Review; the LBJ: Avian Life, Literary Arts; Connecticut Review; and Gray's Sporting Journal. He lives in Newport, Rhode Island.

"Drifting carries … readers along on its strong current and leaves them wanting more." — Providence Journal"Freeman is a luminary … Drifting is a dazzling series of observations on America by a man who asks thoughtful questions and seeks new ideas from fellow Americans … Freeman is a modern Socrates, curiously examining all things above and all things below, professing to know nothing much, yet startling us with enlightenment … Drifting was a two-week canoe trip. One hopes that Mike Freeman plans a month-long trip soon." — SOCO Magazine

"Freeman's prose is engaging and conversational … His strength is in present observation and a focus on the specific, but Drifting is far from a mere trip log. As he drifts downstream, Freeman recalls snippets of verse and prose addressing both the physical river and his thought-life. It's not just literature that finds its way into the story—baseball, movies and current politics are part and parcel of Freeman's premises … Drifting is a polished-up record of a man's two-week monologue during a thought-provoking river trip." — Adirondack Daily Enterprise

"There is no shortage of books on navigating the Hudson. Where Freeman's narrative stands out is in page after page blending paddling, wildlife observation, and a freight of intelligent reflection on Hudson River history, economics, ecology, pop culture … you name it." — Northern Woodlands

"…a candid account of [Freeman's] attempt to make some sense out [of] the looming recession as he accepts the responsibilities of becoming a new father at what's traditionally been the start of middle age … It's an enjoyable read for those of us who don't remember American history and sociology, or how the engines of American capitalism and conservation have shaped us … If his next effort is anything like his first book, it will be well worth our time." — The Day

"Hilarious, deep, politically incorrect when wisdom and honesty demand it, Freeman transcends both sugar-frosting and despair, getting straight to the heart of many a matter." — Chronogram

"The writing and observations in Drifting … are frequently excellent. Freeman is good at the surprising detail or pithy phrase … a worthwhile read for people interested in nature or New York." — Schenectady Daily Gazette

"The Hudson is a great river and a great metaphor, and this is a great exploration of both." — Bill McKibben

"Mike Freeman's book—uplifting, absorbing, confounding, engaging—is that rare thing in contemporary (or any) nonfiction: a personal testimony that refuses to thump this or that rhetorical tub. Throughout, the refreshing modesty of the author prohibits him from attributing capital-M Meaning to his two-week canoe trip on the iconic Hudson River; it is in fact his very modesty, his attention to the particular rather than the epical, that gives this book enormous scope and relevancy—and, despite him, Meaning.

"In an era when the political Left and Right, the back-to-the-Pleistocene ecological purist, and the 'drill, baby, drill' zealot are at a divide far wider than the Hudson itself, Freeman shows how close observation, not only of nature but also of parenthood, citizenship, nation, and history, can reveal truths that bind us not merely as Americans but as a species. We'd all do well to follow his model." — Sydney Lea, author of Hunting the Whole Way Home

"Mike Freeman's adventure on the Hudson River is much more than a canoe trip. It is an exploration of what it means to be American, and of the social, cultural, and environmental challenges we face." — H. Emerson Blake, Editor-in-Chief, Orion

"Once again the Hudson inspires great passion and intimacy. Drift down the river with Mike Freeman and witness the unfolding of a love story—a love of history, a love of nature, and a love of family." — Frances F. Dunwell, author of The Hudson: America's River 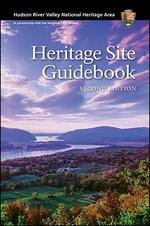 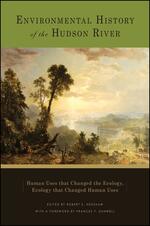 Environmental History of the Hudson River 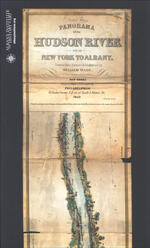 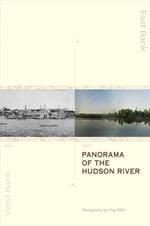 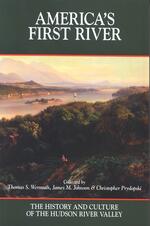 The Hudson River to Niagara Falls 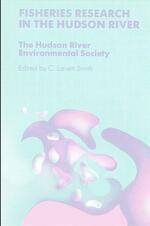 Fisheries Research in the Hudson River 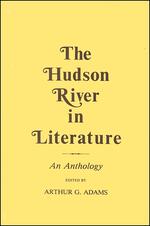 Hudson River in Literature, The