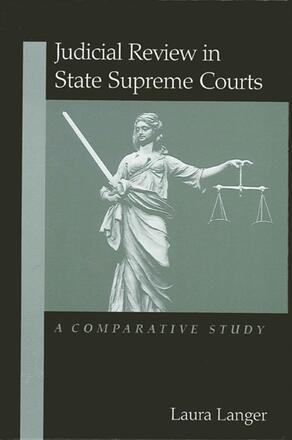 2. Explanations of Judicial Behavior
Two Stages of Juducial Policymaking
Conceptualizations of the Juduciary
Motivations of Judges

6. Conclusion: Independence and Accountability in State Supreme Courts
Comparative Assessment of State Judicial Review
Implications of Judicial Review on Democratic Principles
Where Do We Go From Here?

Despite having the final word on many policy issues, state supreme courts have received much less scholarly attention than the United States Supreme Court. Examining these often neglected institutions, this book demonstrates that by increasing our knowledge of the behavior of state supreme court judges across differing areas of law, we can enrich our understanding of the function of state supreme courts, and the relations between these institutions and other branches of government. In addition, Judicial Review in State Supreme Courts advances our conceptualization of the judiciary and offers a more general theory about judicial behavior, accountability, and the role of courts in American society. Langer looks at the policy-making powers of state supreme courts, and the conditions under which justices are most likely to review and invalidate state laws, portraying judges as forward thinking individuals who pursue both policy and electoral goals.

Laura Langer is Assistant Professor of Political Science at the University of Arizona.

"…a refreshing alternative … Langer [makes a] convincing case for the importance of studying judicial review in state supreme courts. She demonstrates that these courts are important policymakers. " — American Political Science Review

"This is an excellent piece of original research on a topic of substantial and growing importance in the American political process. The findings regarding the importance of a simultaneous investigation of states and internal/external forces on state supreme courts is pathbreaking. This is first class scholarship with the most appropriate statistical treatment of previously unavailable empirical data on state supreme courts. " — Nicholas P. Lovrich, Washington State University 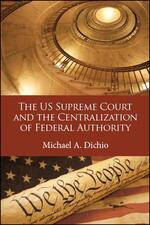 The US Supreme Court and the Centralization of Federal Authority 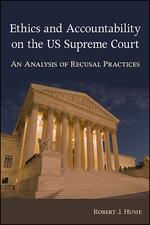 Ethics and Accountability on the US Supreme Court 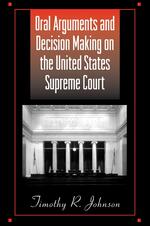 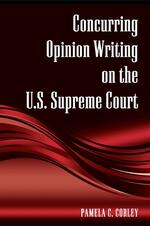 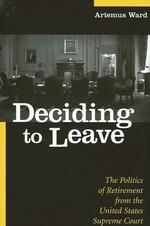 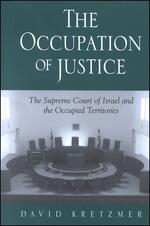 The Occupation of Justice 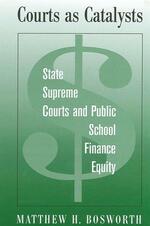 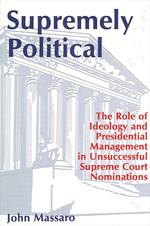