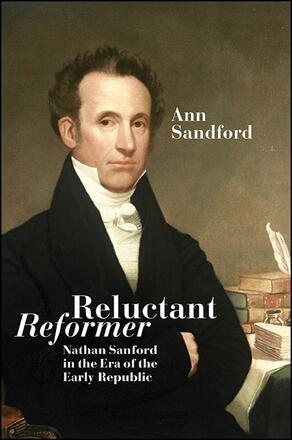 Nathan Sanford in the Era of the Early Republic

Tells the untold story of the life and career of Nathan Sanford, a New York State lawyer-politician who capitalized on opportunities created by the new politics of the early Republic to achieve social mobility.

Set in the tumultuous decades of post-revolutionary America, Reluctant Reformer brings to light the long neglected New York lawyer-politician, Nathan Sanford. As a lawyer, Sanford contributed to modern property law. In the United States Senate, he dealt with central banking, struggled against slavery, and supported popular voting for presidential electors. He was a major designer of the program to rationalize the nation's currency. Against a backdrop of European wars and the War of 1812, he capitalized on opportunities for upward social mobility in a period of nation-building and commercial expansion. At the New York State Constitutional Convention of 1821, he fought for universal manhood suffrage.

Educated in history and government at Clinton Academy on Long Island and at Yale, and a student at the Litchfield School of Law, Sanford rose quickly to prominence as the federal attorney appointed by President Jefferson to serve all of New York State. Fueled by ambition, he navigated a career among Republican factional leaders—DeWitt Clinton, Aaron Burr, and Martin Van Buren—first in New York City, and then in the state and the nation. In 1824, he ran for vice president on the ticket with Henry Clay. Attuned to his familial ties to eastern Long Island but beyond the bounds of the rural community of his youth, Sanford faced decisions about whom to trust with a militia's gun and a citizen's vote. He could shift from his principles toward political compromise, as in restricting black male suffrage and in the removal of Indians from their ancestral lands.

In this book, Sanford is revealed as a wealth-seeking lawyer and officeholder who contributed to the expansion of democratic rights and responsive government in the Early Republic. In doing so, he proved to be a reluctant reformer who deserves a place in our public memory.

Ann Sandford holds a PhD from New York University and is the author of Grandfather Lived Here: The Transformation of Bridgehampton, New York, 1870–1970. Her articles have covered topics in early modern European history and the history of Long Island. She has been a history professor and a business executive. She lives in Sagaponack, New York.

"By bringing to light a long-overlooked figure, Sandford highlights the early Republican era in the days of Thomas Jefferson and Andrew Jackson … the biography of Nathan Sanford is a reminder that history is not simply made up of the famous (and infamous), but rather of ordinary people—people from small rural towns such as on the East End of Long Island—who illustrate the tensions and ambiguities of daily life." — Long Island History Journal

"…a devotion to historical study might lead to enhanced enjoyment of this book, but even non-historians will find it a rewarding read, for through Sanford's story we learn more about the colorful history of our young nation itself." — The East Hampton Star

"…a significant work of scholarship. Nearly 60 pages of notes testify to the thoroughness of Ms. Sandford's research into the life of a man whom the history books have largely ignored. We are in her debt." — The Southampton Press

"With this accessible biography, historian Ann Sandford rescues the public life of an influential New York politician in the days of Thomas Jefferson and Andrew Jackson. We now know why Nathan Sanford deserves a valued place in the history books of the nation." — Alair Townsend, former deputy mayor, City of New York

"New Yorkers played a major role in politics after the American Revolution. They helped to establish many of the traditions and institutions which are the foundation of today's Republic. We know many of these New Yorkers from our history books (Alexander Hamilton, Aaron Burr, Dewitt Clinton, and Martin Van Buren). In her riveting biography Reluctant Reformer Ann Sandford reminds us that American history is not just the result of these well-known figures, but the effort of an entire generation of leaders. She tells us the unsung story of Nathan Sanford, her cousin, a lawyer/politician from Bridgehampton. She recounts his service as US Attorney, State Legislator, US Senator, and Vice Presidential candidate in the nineteenth century. We see issues such as slavery and a citizen's right to vote through the eyes of a politician who had to confront them in America's formative years. This book provides great insights not only into Nathan Sanford, the leader, but also politics in early America." — New York State Assemblyman Fred W. Thiele 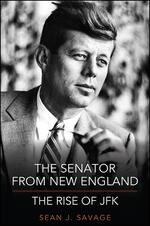 The Senator from New England 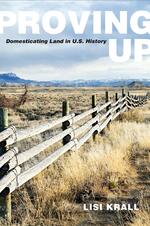 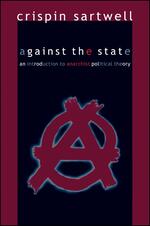 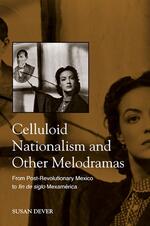 Celluloid Nationalism and Other Melodramas 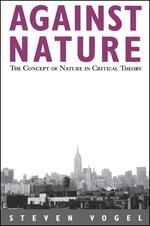 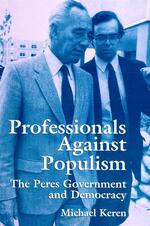 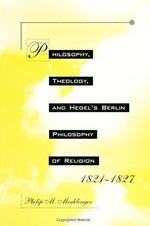