Bruce Craven is a writer, public speaker, and educator. He teaches leadership at Columbia Business School, including his popular management elective "Leadership through Fiction." His nonfiction book Win or Die: Leadership Secrets from Game of Thrones was published by MacMillan in 2019. The book was also published in paperback in the United Kingdom and has been translated into Serbian, Turkish, and Russian. His poetry collection Buena Suerte in Red Glitter was published by Red Dirt Press in 2019. He also cowrote the feature film Fast Sofa (Lion's Gate Films), starring Jennifer Tilly, Jake Busey, and Crispin Glover. The film was adapted from his novel Fast Sofa (William-Morrow), which was translated into German and Japanese. He lives with his wife and two sons in the Coachella Valley in California. 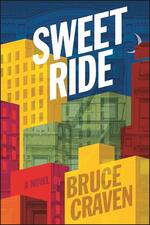