Peter G. Rose has published numerous articles and books on Dutch, Dutch American, and Hudson Valley cuisine, including Summer Pleasures, Winter Pleasures: A Hudson Valley Cookbook, also published by SUNY Press; Food, Drink and Celebrations of the Hudson Valley Dutch; The Sensible Cook: Dutch Foodways in the Old and the New World; and Foods of the Hudson: A Seasonal Sampling of the Region's Bounty. She is the coauthor (with Donna R. Barnes) of both Matters of Taste: Food and Drink in Seventeenth-Century Dutch Art and Life and Childhood Pleasures: Dutch Children in the Seventeenth Century. In 2002 she was the recipient of the Alice P. Kenney Award for research and writing on the food customs and diet of the Dutch settlers in New Netherland. She lives in South Salem, New York. 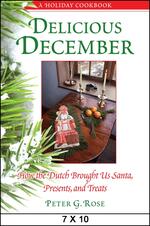 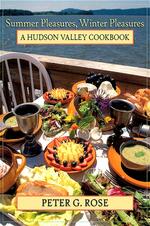