Frank R. Sinclair grew up in the shadow of Table Mountain, in Cape Town, South Africa, at "the fairest cape in all the circumference of the world," as the circumnavigator Sir Francis Drake described it. After completing his undergraduate studies at the University of Cape Town, he joined the editorial staff at the Cape Times in 1950. During his eight years at the Cape Times, he was a witness to many of the momentous changes taking place under the apartheid regime. In his late 20s, he settled in the United States to pursue his interest in the teaching of G.I. Gurdjieff. While becoming increasingly engaged in the activities of the Gurdjieff Foundation of New York—he was named co-president in 2000, president in 2005, and president emeritus in 2010—he also had a successful career in the business world. He and his wife, Beatrice, established their home on the waterfront in Grand View on Hudson, some 20 miles north of Manhattan, in 1967. He is the author of Without Benefit of Clergy: Some Personal Footnotes to the Gurdjieff Teaching and Of the Life Aligned: Reflections on the Teaching of G.I. Gurdjieff and the Perennial Order. 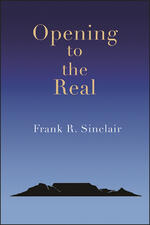 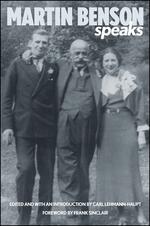