Since the publication of Singing the Goddess into Place, several of my friends and family have approached me to ask how I became interested in this topic and these songs.

To truly understand the question, you have to consider my background. I was raised on a cotton & peanut farm in the small town of Jay, FL. While most of my family is Southern Baptist, my nuclear family fervently attended the local Assembly of God church Sunday morning, Sunday night, Wednesday nights, and any other time the doors were opened. After high school even, I briefly attended Baptist Bible College one of the most conservative Christian colleges in the US (for some context Jerry Falwell is the most famous alum, but they rarely acknowledge this because he became too progressive). With this background, publishing on folksongs to the goddess Chamundi seems like a big leap.

However, it is this background that primed my interest in this topic. Besides the many affinities between the ritual practice of type of Pentecostal Christianity in which I was raised (e.g., Holy Spirit possession, prophecies, charisma, etc.), religious folksongs, in particular, were an important part of my life and familial history. In the 1970s, before I was born, my maternal grandparents Roy and Hazel Jernigan—Grandaddy and Nanny, to me—along with my mama Belinda Jernigan, who was in her teens, had formed the successful southern gospel band the Singing Jernigans, recording at the Thrasher Brothers’ Studio and touring the southeastern US in their own Greyhound bus with the band named scrolled along the side. By the time I was born, the Singing Jernigans’ renown had subsided coinciding with my Mama’s decision to get married and start a family. My grandparents, however, continued play at churches and smaller venues around Jay throughout my childhood. 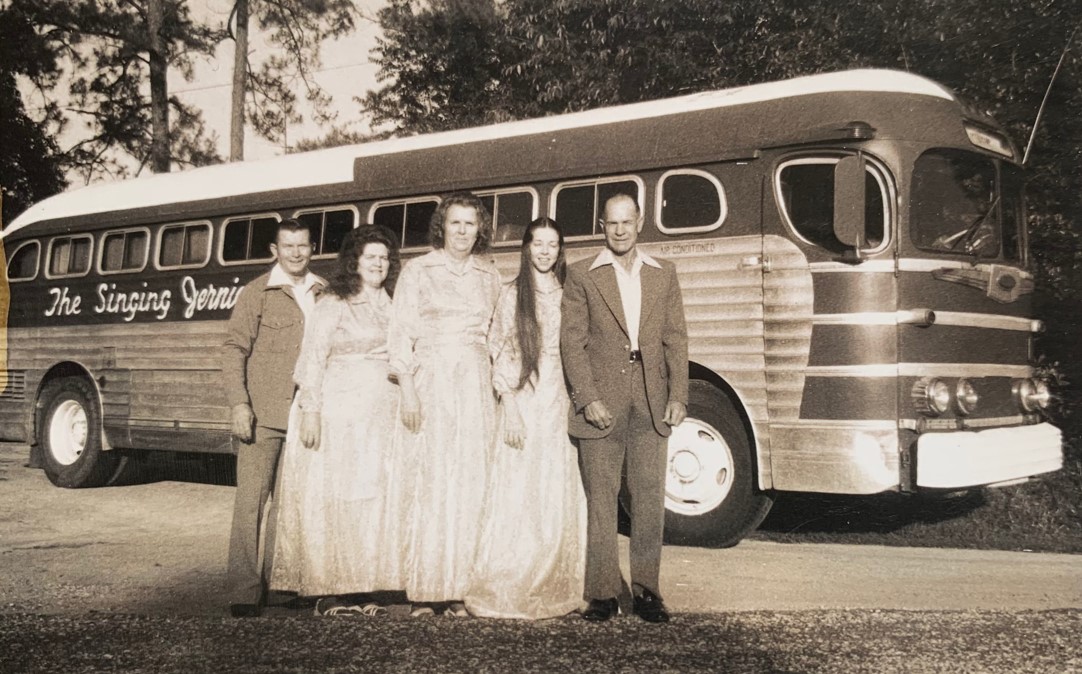 My Nanny, though not formally trained, was a musical virtuoso, who could pick up almost any instrument and immediately play it. Her voice, however, was her true instrument, as she brought lyrics, whether her own or those written by other, to life through her expressive voice (see link below). Throughout my childhood, she wrote and composed original songs that she would perform at our home church and throughout the region. She wrote and sang about the hardships and uncertainty of life, reflective of her impecunious reality in the rural South, but this only foreshadowed the hope and promise of that which is to come.

The Singing Jernigans performing “Tears will never stain the streets of that city” (written by Dottie Rambo). Just Any Day Now

In the July of 2012 while I was living in Mysore studying Kannada on the American Institute of Indian Studies Language Program, I attended the opening night of a drama titled Chama Cheluve, the performance that introduced me to the folksongs of Chamundi that form the basis of Singing the Goddess into Place. The story and its songs had it all: action, suspense, romance, comedy. The lyrics, like those sung by my Nanny, reflected the situation of those that were downtrodden, but pointed toward a hopeful future. Needless to say, the music and its message resonated deeply within me. Therefore, I decided to write this book about folksongs, not just for academics, but I’ve purposefully tried to write in a style that is accessible to a wider audience because I think it will resonate with others as well.

Finally, the COVID-19 pandemic and the Black Lives Matter Movement (and #MeToo before it) have brought meaningful discussions of systemic inequities into broader public discourse. Many of the social inequalities that are expressed in these powerful folksongs are rooted in social systems and institutions that we can work to change. I encourage who reads this book to use it as an opportunity to think about and to discuss social change, a message that is embedded at the heart of the Chamundi folksongs. For more resources for having these discussions in courses related to South Asian religions please visit https://sari.arizona.edu/project/black-lives-matter-summer-2020/ .

Caleb Simmons is Associate Professor of Religious Studies and Faculty Director of the Bachelor of General Studies Program in the College of Humanities at the University of Arizona. He is the author of Devotional Sovereignty: Kingship and Religion in India and coeditor (with Moumita Sen and Hillary Rodrigues) of Nine Nights of the Goddess: The Navarātri Festival in South Asia, also published by SUNY Press. 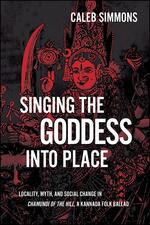 Singing the Goddess into Place

Locality, Myth, and Social Change in Chamundi of the Hill, a Kannada Folk Ballad 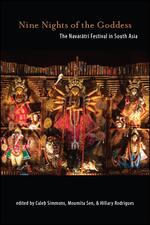 Nine Nights of the Goddess

The Navaratri Festival in South Asia

When Civic Duty and Family Legacy Meet at the Polls