In Chinese philosophy, realism is best understood in contrast to idealism. Realist approaches rely on situations as they present themselves, and people’s characters, as they are. Realists put forward theoretical and philosophical resources to deal with reality, not to change it.

For example, if an agent is self-interested, the realist wastes no time deploring this trait of character but invests in developing ways of using it. Realist philosophers throughout China’s history famously relied on rewards and punishments because they recognized that self-interested agents like the former and dislike the latter.

The idealist, in contrast, aims at establishing situations that resemble a philosophical ideal, developing agents’ characters in light of ethical desiderata. When confronted with the self-interested agent, the idealist works to change this suboptimal character trait, aiding the agent to develop more virtuous dispositions.

Often, realism in Chinese philosophy is equated with a group of thinkers labelled “legalists.” However, the realist strand of Chinese political philosophy expanded beyond those philosophers. Realism played an important role in Ancient to contemporary Chinese thinking.

As a consequence, and contrary to much contemporary popular discourse, not all Chinese philosophy is about changing human nature. Many classical sources study human nature as it is and develop moral, practical, or political philosophies based on it.

In fact, many of the contemporary positioning in China is better explained by realism than by any other theoretical framework. The middle Kingdom’s assertiveness in international relations? A realist approach to change to global balance of power. Zero-Covid-strategy? A realist means to maintain social order, via treating everyone exactly the same and instituting severe punishments for those who break with it. The Communist Party regulating firms tightly? A realist insight that commercial companies cannot be trusted to adhere to general principles but can only be directed by clear rules. Even the isolation of Xi Jinping is realistically explained as “presidential bubble”

Adventures in Chinese Realism showcases such realist streaks in Chinese philosophy applying I to contemporary issues. As such, it is an ambitious volume exploring early and classical Chinese philosophy and applying it to contemporary issues. The different chapters—written by a diverse and inclusive set of authors—bring together a multifaceted discourse spanning different philosophical schools, academic disciplines, times, and cultures.

The various chapters in this volume are purposefully diverse so as to provide multiple perspectives. However, there remain common threads running among them. Specifically, all chapters are investigations into Chinese realist thought. While they may examine different instantiations of realist thinking, each chapter either pivots around one or compares a selection of them.

Additionally, all chapters are applications of realist thought in a wider context. Most chapters utilize a Chinese realist framework to engage with contemporary issues, and some chapters apply it as a critique or as a reform program for Chinese political thinking. In doing so, this volume showcases the timelessness of Chinese realism.

Henrique Schneider is Professor of Economics and Philosophy of Economics at the Nordakademie University of Applied Sciences in Germany. He is the author of An Introduction to Hanfei's Political Philosophy: The Way of the Ruler. 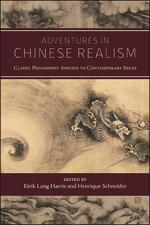 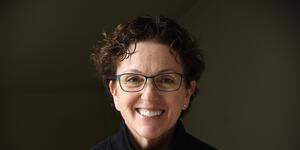