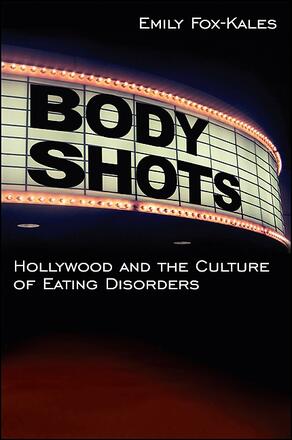 Hollywood and the Culture of Eating Disorders

Combining the analytical tools of cinema studies with insights from clinical practice focused on eating disorders, Body Shots offers a compelling case for widespread media literacy to combat the effects of the “eating disordered culture” represented in Hollywood productions and popular images of celebrity life.

How do movie star bodies and celebrity culture influence the way real girls and women feel about their own size and shape? What effect can popular films have on everyday eating behavior and exercise rituals? Body Shots shows how Hollywood films, movie stars, and celebrity media help propagate the values of an "eating disordered culture" that promotes constant self-scrutiny and vigilance, denial of appetite and overcontrol of weight in the compulsive pursuit of an eternally elusive body ideal of slenderness and fitness. In a unique approach that merges the disciplines of film analysis, gender studies, and psychology, clinical psychologist and cinema studies scholar Emily Fox-Kales demonstrates how the body narratives of such Hollywood celebrities as Lindsay Lohan, Gwyneth Paltrow, and Oprah Winfrey and their battles with bulimia, post-maternal weight gain, and yo-yo dieting not only serve as public enactments of the same eating and weight struggles their fans endure, but create a "new normal" which naturalizes and even valorizes the chronic body dissatisfaction and weight obsession that are established risk factors for eating disorders in women and girls. Written for students of cultural and gender studies, parents, media literacy educators, as well as film buffs everywhere, this book aims to provide the moviegoer with the critical tools necessary to develop a resistant gaze at Hollywood productions and make healthier choices among the many viewing screens of our super-mediated world.

Emily Fox-Kales is Clinical Instructor in the Department of Psychiatry, Faculty of Medicine, Harvard University, and Academic Specialist in the Center for Interdisciplinary Studies at Northeastern University where she teaches film and psychology. She is also Clinical Associate at McLean Hospital/Harvard University and Executive Director of the Feeding Ourselves Program.

"Body Shots tackles a variety of themes over its seven well-written chapters, including emotional identification with celebrities and their bodies, the ideology of fitness, teen films, makeover beauty culture, filmic treatment of large-sized women and a look at how some independent films are providing alternative body narratives for women. The author deftly weaves together psychological research, the voices of her students and patients, literary and film criticism, psychoanalysis, and political and economic perspectives into a coherent, sophisticated, compelling account." — New England Psychologist

"This book … brings a unique perspective, in that Fox-Kales weaves abundant examples from contemporary movies with the compelling stories she has heard from her patients … The author's vast experiences and knowledge in the treatment of eating disorders and her patients' attempts to meet cultural expectations are well documented." — Journal of Family & Consumer Sciences

"…an energetic, provocative invitation to witness the problematic effects everyday movies can have on the lives of girls and women … Fox-Kales' unexpected, witty turns-of-phrase carry the reader effortlessly through a series of chapters that provide thought-provoking examples of Hollywood's messages." — Psychology of Women Quarterly

"…the study delivers rich material for a critical history of normalization. It exposes a dominating body uniformity and corporeal political correctness, revealing a culture of lookism and weightism." — idrottsforum.org

"…a thought-provoking, insightful, and well-written critique of Hollywood film and its impact on societal attitudes and beliefs about food, beauty, and weight … This book may be a worthwhile teaching tool in undergraduate or graduate courses that explore theories related to sociocultural or media influences." — Sex Roles

"The premise of Body Shots—that celebrity culture and its relentless focus on movie-star physiques have undue influence on real women's views of their own physical selves—seems ripe for a gigantic, 'Well, duh!' But author Emily Fox-Kales makes this exploration interesting … Body Shots is eminently readable." — Bitch

"In this aptly titled book, Fox-Kales offers a trenchant examination of Hollywood's obsession with the bodies of young women … Packed with frame blowups and arresting arguments, this is a passionate, informed book, ideal for those interested in women's studies and in study of the moving image." — CHOICE

"Body Shots is a wake-up call to girls and women everywhere. Fox-Kales' savvy analysis of filmic and other media representations of the female body in contemporary culture is riveting and utterly persuasive. Every woman, whether suffering from a disordered body image or not, will be compelled to reexamine the way she views her own body and her satisfaction or dissatisfaction with it in the light of this powerful and life-changing book." — Madelon Sprengnether, author of Crying at the Movies: A Film Memoir

"In this essential book, Emily Fox-Kales takes on our 'diet culture run amok' and the way movies both reflect and reinforce America's unhealthy and unethical ideas about weight. She shows how, in film after film, teenage girls, her patients for many years, fall under the spell of pencil-thin celebrities and makeover movies. The consequences are disastrous. Fox-Kales' book spans psychology, cinema theory, and cultural studies. She has written a must read for anyone concerned with teenagers: psychologists, parents, or just concerned citizens." — Norman N. Holland, author of Meeting Movies

"Body Shots is an engaging and fascinating exploration of the connection between Hollywood's dream-factory and our eating disordered culture that is derived from Emily Fox-Kales' vast experience and expertise in the treatment of eating disorders." — James Hudson, MD, ScD, McLean Hospital/Harvard Medical School

"Emily Fox-Kales' Body Shots puts into perspective the impact of the film industry on how society defines the concept of beauty. It is a great resource to help people understand how screen and media images impact our drive for the 'perfect body'." — Beth Mayer, CEO, Multi-service Eating Disorders Association

"With rising rates of obesity, we tend to overlook an equally important weight crisis—the fear of fat that can lead to anorexia, bulimia, bingeing, and other eating disorders. Fox-Kales applies her expertise as a clinical psychologist specializing in disordered eating to diagnose the celebrity culture's influence on normalizing an unhealthy ideal body standard. Her analysis is a must read—well researched, insightful, and engaging, filled with teachable moments to help deconstruct messages that encourage us to diet and exercise, even undergo plastic surgery, to attain the distorted body image reflected in Hollywood movies." ― Bobbie Eisenstock, Co-Director, The Body Media Image (BMI) Project, California State University, Northridge

"Body Shots offers a penetrating look at ways Hollywood films and related TV and advertising products perpetuate a profoundly destructive culture of eating disorders in the United States and beyond. Informed by her many years of experience as a scholar, professor, and therapist, Fox-Kales zeros in on this meeting place of fantasy and actuality, where life-threatening ideals masquerade as desirable goals within the reach of women, teens, and tweens. The sweep of materials covered, supported by analysis and experiential testimony, yields a compelling, informative, dismaying, but also empathetic and highly readable book of significance to both professionals and the general public." — Linda Dittmar, coauthor of Multiple Voices in Feminist Film Criticism

"Psychologist Emily Fox-Kales' Body Shots is a compelling and uniquely interdisciplinary analysis of the impact of popular media on the lives of girls and women. Weaving vivid personal accounts from her clinical practice with insightful readings of contemporary films, television, and interactive media, Fox-Kales demonstrates the ways girls and women struggle to define themselves and their bodies against the damaging ideals fostered by popular culture. Wide-ranging and immensely readable, Body Shots brings feminist theory to life." — Kathleen Rowe Karlyn, University of Oregon

"A fascinating and original look at how Hollywood's powerful images shape and influence our ideals of beauty and femininity. Fluidly bridging several disciplines, Fox-Kales weaves examples from recent films with stories from her patients to illustrate the body hatred and shame that so often fuel eating disorders. Expertly researched but also lively and entertaining, this book will be of interest to people concerned about body image and disordered eating, to students of popular culture, and to those who love film." — Jean Kilbourne, creator of the film series Killing Us Softly: Advertising's Image of Women

"A breezy romp through Hollywood's depiction of young women's bodies, and reactions from viewers who do not measure up to the portrayals. The discrepancy between the ideal and real shapes and sizes of women is illustrated by moving accounts from women in the author's clinical practice." — Jeanne Brooks-Gunn, coeditor of Early Child Development in the 21st Century: Profiles of Current Research Initiatives 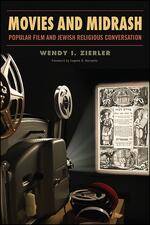 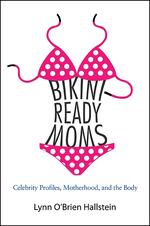 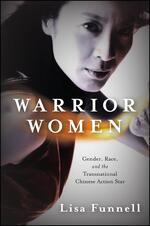 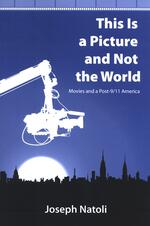 This Is a Picture and Not the World 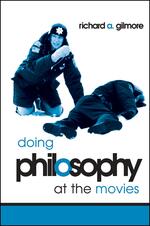 Doing Philosophy at the Movies 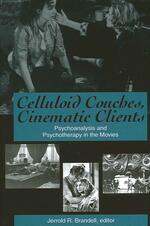 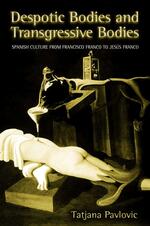