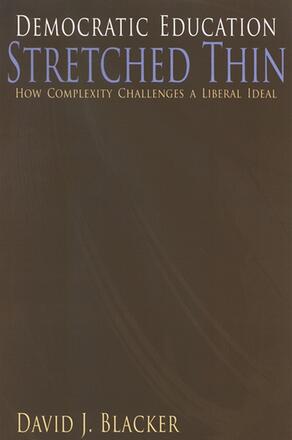 How Complexity Challenges a Liberal Ideal

Acknowledgments
Introduction
Part One: Politics and Policies
1. The Impasse: Proceduralism Versus orthodoxy

2. Complex Equality and the Educational Sphere

7. The Educated Prejudices of Liberal Contextualism

Educational, Not Metaphysical
Articulation and the Giving of Reasons
The Aesthetic Preference for Complexity

Argues that the complexity of our pluralistic social world demands an enriched conception of democratic education.

Is a democratic education promoting the ideals of human equality and individual liberty still tenable in a postmodern world of increasingly diverse and competing interests? Drawing on contemporary political theorists, including Michael Walzer and John Rawls, and also on philosophers such as Descartes and Hume, David J. Blacker addresses this question, outlining the dispute between orthodoxy and proceduralism, and proposing a new approach of liberal contextualism to resolve the impasse and enrich our conception of democratic education. He discusses a wide range of controversies surrounding students' constitutional rights, religion in public schools, special education, civic and moral education, sex education, students' citizenship status, and educational accountability, and argues for change at both the institutional and personal levels. He concludes that democratic education must be allowed to connect with how individuals understand the ultimate aims and purposes of their lives.

David J. Blacker is Professor of Philosophy of Education and Legal Studies at the University of Delaware and the author of Dying to Teach: The Educator's Search for Immortality.

"Democratic Education Stretched Thin enriches and modifies through intricate and convincing argumentation the liberal approach to citizenship education. It is a very well-written text that avoids extremes and undoes binarisms in ways that bring together in a harmonious whole very many important Anglo-American philosophical standpoints. In its mediating aspirations, it manages to reconcile universalist and contextualist-communitarian sensibilities, and in its original educational scope it offers political pedagogy a wide spectrum of new directions and orientations. " — British Journal of Educational Studies

"Democratic Education Stretched Thin represents both the current state of public education and a refined vision of political liberalism. In addressing both of them Blacker adds considerably to our understanding of education and liberalism. This richly textured, subtly argued book views public education as the site for the development of civic friendship and democratic renewal. Blacker has developed a powerful and controversial vision for public education and in doing so has provided both critics and supporters of public schools with much material for a thoughtful reexamination of their own commitments. " — Walter Feinberg

"I have read some of Blacker's articles in the past with admiration, but this book represents a breathtaking work of consolidation. To my knowledge, it is the first sustained attempt to work out a philosophy of democratic education based on Walzer's magnum opus, Spheres of Justice. It is destined to become one of the central points of reference in the scholarly discussion around liberal theories of education, a discussion that is at the center of philosophy of education today. " — René Vincente Arcilla, author of For the Love of Perfection: Richard Rorty and Liberal Education

"David Blacker is one of the leading voices in educational theory with a social/political focus, and this book will be acclaimed and widely discussed. " — A. G. Rud, coeditor of The Educational Conversation: Closing the Gap 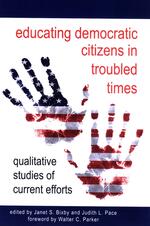 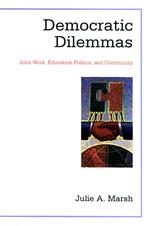 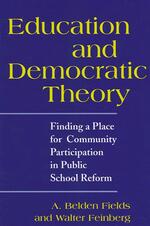 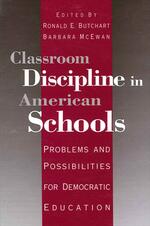 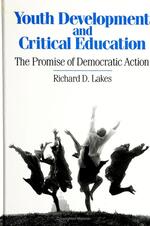 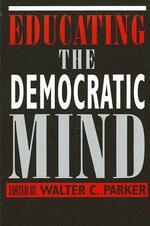 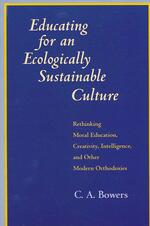 Educating for an Ecologically Sustainable Culture 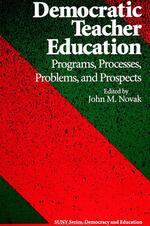