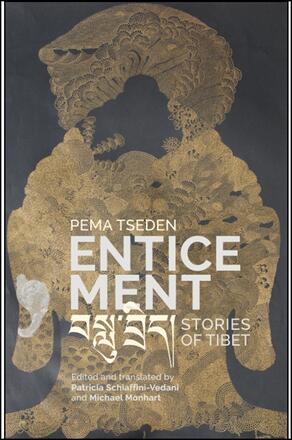 A Single Sheet of Paper

Enticement marks the English-language debut of prominent Tibetan writer and filmmaker Pema Tseden. This collection gathers together his most relevant and influential short stories, including "Tharlo," which he adapted into an award-winning and internationally acclaimed film in 2015. Written originally in the Chinese and Tibetan languages, these stories make use of a variety of literary styles and sources, ranging from traditional Tibetan oral tales to magical realism, surrealism, and the theater of the absurd. They humanize the Tibetan experience by stepping away from patronizing, mystic, or idealized visions of Tibet to speak with empathy and humor about the real challenges faced by Tibetans in the age of globalization.

Pema Tseden is Tibet's most prestigious filmmaker and an accomplished and prolific fiction writer. He has released five major feature films to date: The Silent Holy Stones, The Search, Old Dog, The Sacred Arrow, and Tharlo. His films have won prestigious awards in China, Japan, and Taiwan. Most recently, Tharlo was nominated for a Golden Lion at the 72nd Venice International Film Festival. His short stories have also been translated into French, German, Spanish, Japanese, Korean, and Czech, and anthologies of his works have recently been published in France and Japan. Patricia Schiaffini-Vedani is a Senior Lecturer of Chinese Language at Texas State University in San Marcos. She is the coeditor (with Lauran R. Hartley) of Modern Tibetan Literature and Social Change. Michael Monhart is a freelance translator and psychoanalyst in New York City.

"Enticement is a new window into contemporary literature about Tibet created by a Tibetan author and made accessible for all by its translators in English … Most stories finely catch your attention and keep in suspense till the end." — New Books Asia

"This is a collection that deserves a wide readership." — Journal of Chinese Humanities

"Pema Tseden is known internationally as an award-winning filmmaker, the elegant and contemplative pioneering auteur of new Tibetan cinema. Western audiences may not, however, be aware that he began his career as a critically acclaimed writer of short stories. Patricia Schiaffini-Vedani and Michael Monhart have, for the first time, shared with the English reader a comprehensive anthology of both his Chinese and Tibetan stories. The stories in this collection reflect Pema Tseden's characteristically observant, unhurried, and humanistic take on the violent social changes faced by Tibetans living at the edge of China's economic transformation. Schiaffini-Vedani and Monhart's translations are rich and faithful to the original texts. They must be commended for providing us with a valuable new source on cultural life in contemporary Tibet." — Tsering Shakya, author of The Dragon in the Land of Snows: A History of Modern Tibet Since 1947

"Pema Tseden is the singularly most influential Tibetan filmmaker on the international scene. With this skillfully translated collection of short stories, Enticement, readers can now also appreciate his written works, including the renowned 'Tharlo.' In literary long shots, the author transforms grasslands, snowy expanses, and county seats into mindscapes with a curious and chilly brilliance until they are rendered translucent. Elsewhere, he racks focus with wry humor from quirky details to complex social realities, finding possibility in fantasy, chance meetings, and even mistranslation. Interspersed with the winsome and arboreal artwork of Wu Yao and with the orientation of an insightful introduction and preface, these contemporary tales beckon readers with all the promise of the title-story towards the liminal, where cultural and temporal displacement may point to new meanings." — Lauran R. Hartley, Columbia University

"Pema Tseden, a distinguished writer and filmmaker, is an important leader among Tibetan intellectuals. He sees Tibet as more than a land of startling natural beauty, of profound religious heritage, and of galling colonization by the Communist Party of China—correct though those views are. For him, Tibetan culture lives not only in Tibet proper, but across Qinghai, Sichuan, and Gansu as well, and Tibetan people are not mystical Others but ordinary human beings (flawed, as we all are) who struggle to adapt their inherited lives to the modern world (as people everywhere, now or recently, have done). By looking beyond clichéd concepts to examine actual lives, Pema Tseden's work enriches Tibetan culture and shows a new face for it." — Perry Link, author of An Anatomy of Chinese: Rhythm, Metaphor, Politics

"For the first time in the Anglophone world, we have an extraordinary translation of short stories by the celebrated Tibetan filmmaker and writer Pema Tseden, originally written in Tibetan and Mandarin Chinese. While he wrote his stories in Tibetan for his Tibetan readers, in Mandarin Chinese for Chinese readers, the translators have brought both sets of stories together in one volume to allow readers to compare and contrast how he writes for different audiences. These stories, told in beguilingly simple and direct prose, are powerful vignettes of Tibetan life, as powerful as his deeply evocative films, filled not only with despair and loss but also beauty and longing. These elegant stories are almost more powerful in what they do not say than in what they do say. I recommend Enticement to everyone." — Shu-mei Shih, author of Visuality and Identity: Sinophone Articulations across the Pacific

"The blinding sun, wind storms, wolves, and death are at work in these vital and unforgettable stories. Equally, the social forces of surveillance, bureaucracy, information, misinformation, and romance propel the narratives, which encompass the ordinary and the truly strange. The collection is invaluable for offering an all too rare 'Tibetan view of Tibet,' revealing unexpected and disorienting perspectives on Buddhism and on Tibetans' engagements with the Chinese state. The characters we get to know are police officers, herders, artists, children, lamas, and lovers. They are all painfully and vividly alive, their every move and impulse represented with startlingly detailed observation. Readers will be richer in knowledge and imagination from spending time with these stories, so expertly translated that we feel we hear the author's compassionate and yet relentlessly perceptive voice. One is left with an impression that is crystal clear and yet uncanny. It is difficult to say whether the strongest draw of the stories is humor or sorrow." — Dominique Townsend, Bard College 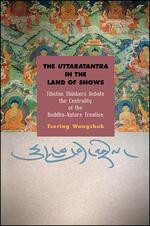 The Uttaratantra in the Land of Snows 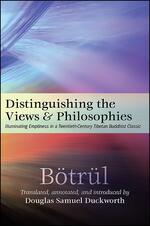 Distinguishing the Views and Philosophies 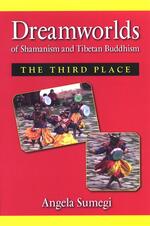 Dreamworlds of Shamanism and Tibetan Buddhism 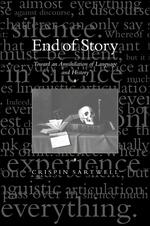 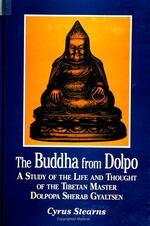 Buddha from Dolpo, The 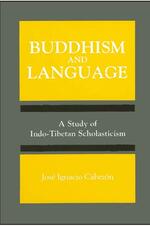 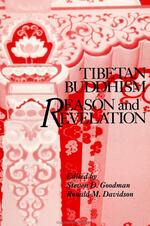 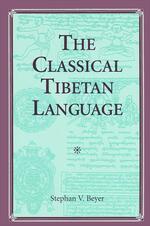