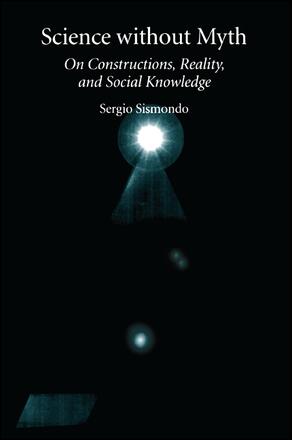 On Constructions, Reality, and Social Knowledge

The primary goal of this book is to combine the best insights of constructivist and realist studies of science, showing that science is a social and political process while maintaining that it produces some knowledge about the material world.

2. The Grounds for Truth in Science: An Empiricist/Realist Dialogue

Some of science's successes are best explained as resulting from knowledge about the material world: we should believe the knowledge implicated in reliable methodology. The argument for this unites entity realism and theory realism. The position that results makes some important concessions—it is thus a deflationary realism: first, although we can make inferences to the approximate truth of some statements about unobservables, the realm for which we can do this is limited and its boundaries are not clear; and second, that truth is not the only, and might not even be the central, goal of science.

3. Epistemology by Other Means

If knowledge cannot be grounded with absolute certainty then rationalist explanations for the production of knowledge can be partial at best. Epistemology should become more empirical, and pay attention to the social and other processes by which what is taken to be knowledge is produced. Recent work in science and technology studies provides novel accounts of scientific practice and rationality and, through these accounts provides a counterbalance to the ideology of science often accepted by epistemologists. But while "science as social knowledge" conflicts with traditional rationalist ideas on the production of knowledge, looking at the social structures of natural science communities we can see how "science as social knowledge" contributes to an evolutionary picture of science.

In science and technology studies the "social construction" metaphor has a number of distinct senses, many of which contribute to valuable insights on science. They provide the resources to see science as a set of institutions and social activities with multiple goals. Only one type of social constructivism, the neo-Kantian claim that representations construct their objects, is inconsistent with a deflationary realism. This neo-Kantianism has only weak arguments supporting it and is the least important of the different senses to the practice of science and technology studies.

In neo-Kantian constructivism, the posited connection from representation to represented violates our best understandings of causes and does not account for failures of knowledge. In addition, this constructivism hides important social processes behind a taken-for-granted production of the represented by the representation. These hidden processes, connecting knowledge and power, representation and represented, are well worth study from the perspectives of the sociologist, the philosopher, or the critic of science. Furthermore, and most obviously, neo-Kantianism presents enormous problems for the feminist critic of science, who cannot be willing to simply accept that science produces its objects, but needs room to argue that specific representations of women are wrong and not merely interested.

Thomas Kuhn's The Structure of Scientific Revolutions can be interpreted as offering a pluralistic scientific realism that emphasizes the complexity of nature and hence the contingency and partiality of our descriptions of nature. This is one valuable reading of the "construction" metaphor because it shows that theoretical frameworks, methods, and tools "construct" views of the material world by defining the entities and causal structures that disciplines investigate.

Bruno Latour's recent work solves some of the problems faced by the earlier strong program in the sociology of science, the problems of providing closure to sociological and anthropological accounts of science, and of providing plausible accounts of technological success. The solution to these involves important changes to science and technology studies. In particular, Latour brings the material world into his descriptions and in so doing provides a novel way of seeing some of the relationships between knowledge and power in science—knowledge and power are parasitic on each other because scientists use the material and social worlds as resources in order to increase their control over both of those worlds.

The ubiquity of metaphor in science is sometimes taken to argue against realism. But metaphors can easily be seen as tools for representation and, because of this, are valuable resources for science. Metaphors are constructive in the sense that they shape our knowledge, yet this need not take away from their representing function. Because of their constructiveness, metaphors can be a site for the location of ideology: the directions in which metaphors abstract and the language in which they are couched reflect interests and ideologies.

There are many relations between power and scientific knowledge. These relations show that paying attention to issues of power in science does not entail a rejection of truth, because power can be productive of knowledge (and vice versa). As a result it turns out that realism does not require any overarching scientific rationality beyond means-end rationality and the norms of different disciplines. The overall philosophical position that has been built up through earlier chapters can be seen to recognize the social character of scientific knowledge, to allow space for contingency and plurality in science and complexity in nature, to recognize the constructed nature of some phenomena and of social objects, and to recognize that science is part of a field of discourses, sharing metaphors and results, and participating in the same ideological struggles as other social enterprises

This philosophical introduction to and discussion of social and political studies of science argues that scientific knowledge is socially constructed.

By looking at science as a social and political activity, researchers have created novel accounts of scientific practice and rationality, accounts that largely contradict the dominant ideologies of science. Science without Myth is a philosophical introduction to and discussion of these social and political studies of science—a discussion of the social construction of scientific knowledge as a product of communities and societies marked by the circumstances of its production.

The book argues that there are a number of important and interesting ways in which scientific knowledge can be a social construction but that it often is knowledge of the material world; therefore, this book is an essay on mediation or the mediatory roles of scientists between nature and knowledge. By identifying and separating different senses of the "construction" metaphor, this book displays senses in which scientists construct knowledge, phenomena, and even worlds. It shows science as made up of thoroughly social processes and that those processes create representations of a pre-existing material world. Science without Myth's argument provides a counter-balance to skeptical tendencies of constructivist studies of science and technology by showing that skepticism cannot cut so deeply as to deny the possibility of knowledge and representation.

Sergio Sismondo is William Webster Postdoctoral Fellow in the Humanities and Assistant Professor of Philosophy at Queen's University, Canada.

"Sismondo deals with a very central and current problem in the philosophy and sociology of science, the problem of truth and representation, especially for theoretical entities and constructs. In this clear and concise exposition, the author succeeds in making a very difficult and often technical controversy very accessible. " — Stephan Fuchs, University of Virginia 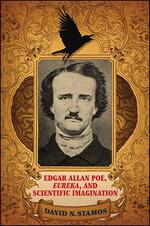 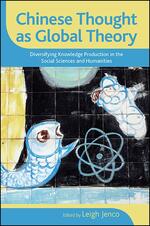 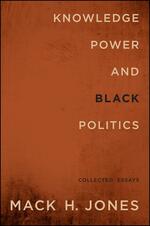 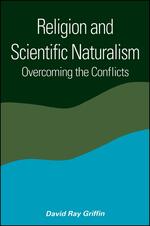 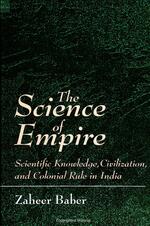 The Science of Empire 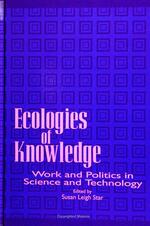 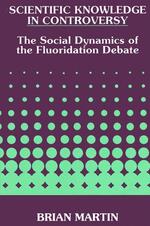 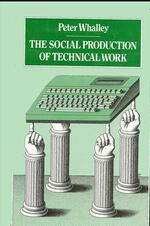 Social Production of Technical Work, The