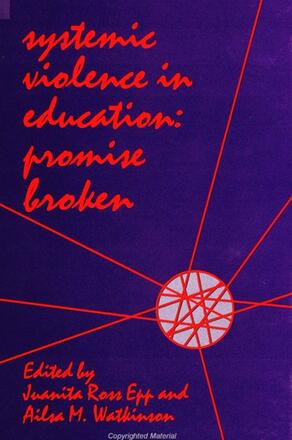 Subjects: Education
Series: SUNY series, Education and Culture: Critical Factors in the Formation of Character and Community in American Life

While students are given "equal access" to an education, disparaging and discriminatory things sometimes happen on the way to graduation and result in reduced student confidence, lowered academic achievement, and high dropout rates. In this chapter, the issues of school culture, school organization, school leadership, and pedagogy are examined for inherently discriminatory and therefore systemically violent patterns.

Authority has traditionally been considered a suitable basis for pedagogy. This gives teachers and administrators tacit permission to use force when it becomes "necessary," that is, when students defy authority and thus compromise their "learning." The applications of authority to pedagogy have strong implications for those who are "other." If we were to seek alternative ways to control children, perhaps women administrators would play a role in changing the way we do schooling.

3. Who Knows? Who Cares? Schools and Coordinated Action on Child Abuse
Rosonna Tite

Teachers and administrators are expected to identify and report incidents of child abuse but this is a complex process which does not always have satisfactory results. Societal bias which accepts male dominance over women and children as the norm, affects the ways in which institutions codify, and sometimes condone forms of child abuse.

Preschool girls tend to congregate in the art and housekeeping areas and boys engage in more active play with bricks and trucks. How does this happen? An examination of instances in which kindergarten boys appropriate space sheds light on the underlying societal attitudes which allow it to happen.

The simulated worlds of video games can have an impact on the lives and values of young children. This is an ethnographic study of the literacy learning of an English as a second language learner whose life is enmeshed in rule-governed video games and an examination of the violent themes reenvoiced and intertwined throughout the game player's talk, actions, and writing.

Leaving Kenya to study in Canada awakened this author to issues of race, gender, and class, so she chose women's studies courses and other "progressive" programs where there appeared to be a commitment to equity issues. She was to find, for both herself and for her children, that the "house" was far from being clean.

Stories of several people's experiences in the educational system are used to illuminate the dangers of the common educational practice of labeling. When labels and categories reduce living, multidimensional human subjects to lifeless, unidimensional objects they become a form of educational violence.

The Other Side of Labeling
Linda Rossler

But labeling is not all bad. This counter argument is added to reflect on the positive aspects of labels.

8. The Family Romance and the Student-Centered Classroom
Lisa Jadwin

Teachers who attempt to use student-centered pedagogy find themselves caught in the traps of patriarchy. In attempting to turn away from the "banking" system of rote memorization, teachers find themselves fighting both bureaucracy and the students' romanticized notions of roles and expectations.

Female teachers have learned to live with the sexual harassment they receive from boys. They put up with dirty pictures drawn above their names and whispered sexual slurs. But what would happen if a teacher were to seek institutional support for putting a stop to this insidious violence?

10. Learning from the Learning Place: Case Studies of Harassment in a Post-Secondary Institution
Catharine E. Warren

The systemic nature of harassment is sometimes supported by traditional administrative strategies. The "poisoned environment" impacts on learning and undermines the growth and productivity of people and organizations. What do individuals and groups "learn from the learning place?"

When we think about "violence" in our society and in education, we tend to think of violence in purely physical terms. Yet there are far more subtle forms of violence that are just as hurtful, silencing, and damaging. This chapter is an exploration of the kinds of violence three women encountered in their research and in their experiences as teachers and students in educational systems. Their conversations speak to "systemic violence" perpetrated through policies, practices, and structures in educational and social systems.

This is a personal reflection on how the systemic violence of racism and sexism has affected one person's life and her understanding of what happens when it stops.

Systemic violence in schools is associated with administrative and pedagogical practice. The modification of both would require individual as well as systemic change. In this chapter, we examine the reflections of the book's contributors and integrate their understandings of systemic violence while envisioning a world without it.

Although compulsory schooling intends to develop the potential of all students, some students may actually be harmed by schooling practices. In this book, researchers and practitioners identify and examine various aspects of systemic violence, particularly as it is embedded in administrative and pedagogical practices. Some of these are obvious—racism, harassment, and child abuse—however, systemic violence is insidious and may reside in "common sense" practices intended to improve student performance. The authors explore some of these subtle manifestations of violence from a variety of perspectives by investigating school administration policies, pedagogical methods, labeling, classroom interaction, children's games, and teacher reactions to child abuse.

Juanita Ross Epp is Associate Professor of Education at Lakehead University in Ontario, Canada. Ailsa M. Watkinson is a private researcher and equity consultant for her own company, Equity Matters.

"This is a provocative piece of work. Some of the chapters are riveting in their effect. " — Flora Ida Ortiz, University of California, Riverside

"The information presented is from a perspective that is unique, and the voices are generally clear and strong. I think this is an important addition to the discussion on violence in education and forces readers to look beyond the problem and easy solutions to the societal issues underlying the problem. This helps us to see youth and youth culture more clearly and honestly. " — Ann C. Diver-Stamnes, Humboldt State University 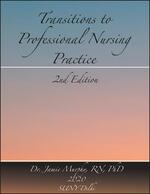 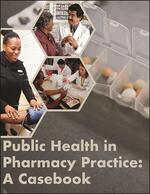 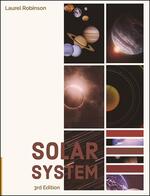 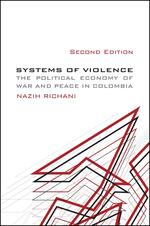 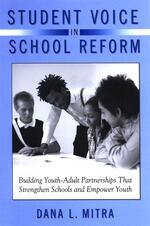 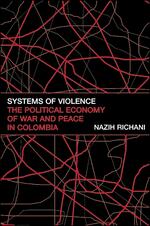 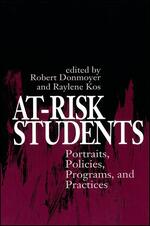 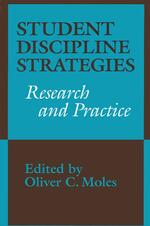