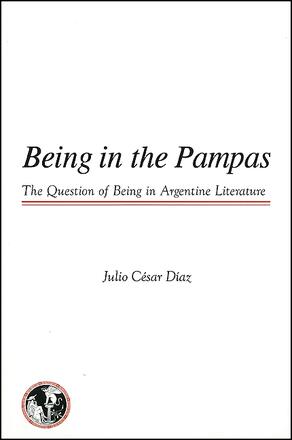 Being in the Pampas

The Question of Being in Argentine Literature

Explores the question of being through readings of Parmenides’s Poem, Zeno’s paradoxes, and Plato’s Parmenides.

The question of being arose in Greek philosophy out of a sense of awe before the diversity and plurality of beings. In Eleatic philosophy, this sense of awe soon became a quest for unity in the multiplicity of beings. The history of Western ontology is an attempt to convey, interpret, and render this quest.

Being in the Pampas aims at disclosing the phenomenon of being as diverse, ambiguous, and excessive. Phenomena which have been the object of metaphysical inquiry such as time, history, language, truth—but also less studied phenomena, like mintage, depreciation, captivity, satiety, fashion, gestures, and gossip all disclose how being is always richer than itself, and exceeds the boundaries imposed upon itself.

The central thesis of Being in the Pampas is that the unity of being lies in its plurality, that being always exceeds itself and is otherwise than itself. Through a reading of Parmenides's Poem, Zeno's paradoxes, and Plato's Parmenides, the book addresses the problem of thinking being in its multifarious, ambiguous, inexhaustible nature.

The book begins by offering an interpretation of the question of being in Eleatic philosophy. It inquires into the kind of unity that Parmenides postulated in his Poem. Through a reading of Plato's dialogue Parmenides, the author argues that for the Eleatics being was always excessive, fragmented, boundless, both greater and smaller than itself. The author also offers a discussion of the fate of Eleatic philosophy in Greek thought. Particularly, a reading of Aristotle's Physics and Poetics shows that the initial disclosure of being as excessive was later limited by constraints placed on the Greek language horos, anagke, hubris, koros, etc.), constraints that had a particular influence on the notion of being and its history (ambiguously thematized as being qua being and as the supreme being).

The reception of being in the pampas is represented by a series of spatial conundrums handed down by the Eleatic philosophers and thematized by the argentine writers Macedonio Fernandez, Jorge Luis Borges, and Cesar Aira. For these writers, the pampas offer themselves as an open, boundless, unlimited territory. In this boundless territory the notion of being is spatialized and reinterpreted in terms of discontinuity, fragmentation, transformations, appearances, and disappearances that abolish the order of distances and the continuum. Zeno's paradoxes—the race between Achilles and a turtle, the flying arrow—are interpreted in a new light. They do not present a skeptical claim with regard to the plurality of beings, and do not show that motion is impossible. On the contrary, these paradoxes disclose the excessive nature of being, an excessiveness that cannot be reached but by leaps, glances, gestures, and rumors. Zeno's notion of apeiron (unlimitedness, boundlessness) is interpreted as referring to being. Thus, Borges paradoxes of "the four copper coins" ( Tlon, Uqbar, Orbis Tertius), of "Dructulft and the English woman" (The Warrior and the Captive), of Juan Dahlmann (The South), of the man who kills someone to become nobody (The End); Aira's problems of the discontinuity of the territory and captivity in an open space (The Hare, Ema, la Cautiva), and Macedonio Fernandez's series of inconclusive prefaces to Museo de la Novela de la Eterna, all attempt to comprehend the multifarious, fragmentary, disruptive, ambiguous nature of being.

Being in the Pampas is a phenomenology of a boundless territory and of its dwellers: the gaucho, the captive, the painter, the traveler, the governor, and the hare. The thematization of being in terms of the discontinuity of the territory ultimately compels the bodies of the dwellers to unfold, to double themselves, to become other than themselves. This thematization of being is guided by a reading of such contemporary philosophers as Heidegger, Derrida, and Levinas, and by Artaud's writing on theater. Heidegger's phenomenology of truth as disclosure of being (aletheia) is constantly echoed by appearances and disappearances in an open territory and by the difficulty of finding "the depth of truth." What is truth (aletheia) in the pampas? How does it unfold over the territory? What is its place? Levinas's notion of alterity becomes an aesthetic-ethical imperative: to address the call of an Other whose face evades us; to acknowledge the impossibility of evasion, captivity. Artaud's notion of "cruelty" is interpreted as a demand to become other than oneself.

Written during the hardships of Argentina's latest economic crisis, Being in the Pampas is a timely meditation on the task of thinking the question of being by understanding one's own tradition. Its interpretation of the Eleatic philosophy, and particularly of Parmenides's fragments, might engage classical scholars as well as scholars working on contemporary aesthetics (particularly, photography). The reflections on truth (aletheia) as disclosed in the pampas might also interest scholars working on metaphysics, aesthetics, and Latin American literature. 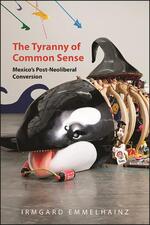 The Tyranny of Common Sense 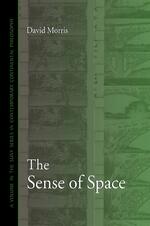 The Sense of Space 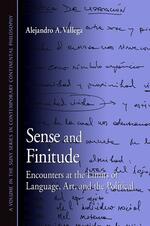 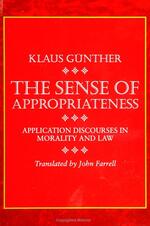 The Sense of Appropriateness 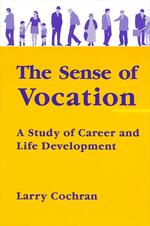 The Sense of Vocation 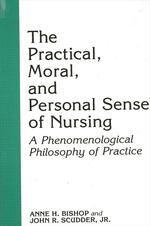 The Practical, Moral, and Personal Sense of Nursing 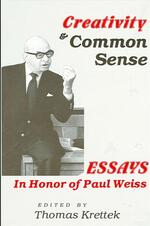 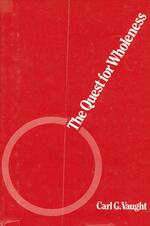 The Quest for Wholeness