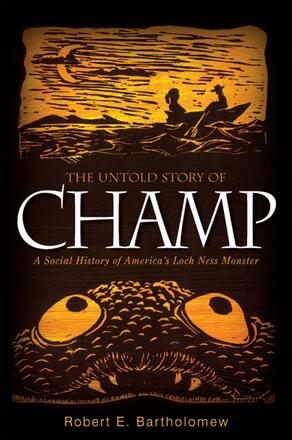 The Untold Story of Champ

List of Illustrations
Foreword
Acknowledgments
Introduction
1. From Out of the Blue: The Early Memoir of a Sea Monster
2. The Serpent, Or at Least Its Tale, Resurfaces
3. The Comeback Critter: The Fall and Rebirth of a Legend
4. Awash with Controversy: Shonky Journalism, a Controversial Photo and a Monster Dispute
5. Egos, Obsessions, and the quest for fame: The Monster Hunters
6. In the Eye of Beholder: The Search of Answers
Endnotes

"The lake surface was glass. My girlfriend and I were fishing from our anchored rowboat in about fifteen feet of water, facing the New York shore. 'Ron, what's that?' I turned. About thirty feet away I saw three dark humps … protruding about two feet above the surface. The humps were perhaps two or three feet apart. They didn't move. We didn't either. We watched in disbelief for about ten seconds. The humps slowly sank into the water. There was no wake, no telltale sign of movement. Unexplained. Eerie. Unsettling. " — from the Foreword by Ronald S. Kermani

Scotland may have Nessie, the Loch Ness Monster, but we have Champ, the legendary serpent-like monster of Lake Champlain. The first recorded sighting of Champ, in 1609, has been attributed to the lake's namesake, French explorer and cartographer Samuel de Champlain. This is pure myth, but there have been hundreds of sightings since then. Robert E. Bartholomew embarks on his own search, both of the lake firsthand and through period sources and archives—many never before published. Although he finds the trail obscured by sloppy journalism, local leaders motivated by tourism income, and bickering monster hunters, he weighs the evidence to craft a rich, colorful history of Champ. From the nineteenth century, when Champ was a household name, to 1977, when he appeared in Sandra Mansi's controversial photograph, Bartholomew covers it all. Real or imaginary, Champ and his story will fascinate believers and skeptics alike.

Robert E. Bartholomew is a native New Yorker who teaches history at Botany College in Auckland, New Zealand. His many books include The Martians Have Landed! A History of Media-Driven Panics and Hoaxes (with Benjamin Radford) and Outbreak! The Encyclopedia of Extraordinary Social Behavior (with Hilary Evans).

"This is a first-class exercise in unraveling the ontology at the heart of much forteana and, with Bartholomew's clarity, focus and critical apparatus, deserves to be studied by all forteans and cryptozoologists. " — Fortean Times

"…Robert Bartholomew takes on the task of reviewing the evidence that proves Champ exists. With a keen skeptical eye, Bartholomew not only reviews, but tells the social history behind these encounters … The book is filled with interesting facts and the pace is intriguing … [it] is wonderfully noted, with creditable sources. " — Sacramento Book Review

"…The Untold Story of Champ is a thorough, witty account of the sea serpent alleged to live in Lake Champlain. " — Schenectady Daily Gazette

"Bartholomew pieces together the story of this legend for the first time … with incredibly thorough research and a healthy lack of bias … [He] digs deep and … ends up examining what our belief in lake monsters says about us. " — Publishers Weekly

"The Untold Story of Champ … explores 400 years of sightings and attempts to do something no book written on the creature has done: provide a history of the iconic 'monster' and examine the role humans have played in perpetuating the myth of 'Champ. "' — Whitehall Times

"Bartholomew approaches his subject with the skepticism of an investigative reporter. He debunks and exposes hoaxes as much as he chronicles evidence of the elusive serpentine creature described as having a long, humped back and a horse-like head … [a] lively and readable account … Bartholomew goes straight to the heart of the controversy. " — Albany Times Union

"The Untold Story of Champ is a comprehensive history of a cultural fixture in the northeast. Robert Bartholomew explores the background and development of a media favorite and a scientific controversy. Both believers and skeptics can profit from the solid research and fluid storytelling in The Untold Story of Champ. " — Stephen R. Whalen, Castleton State College

"I really loved the book, and got some valuable lecture material out of it for my Vermont history course. Just fascinating. " — Paul Searls, Lyndon State College

"Bartholomew's study provides a meticulously researched overview of the historical context behind popular fascination with the Lake Champlain monster. The book effectively traces the vicissitudes of the creature's fame, rising and falling in accordance with external factors often unrelated to the ongoing string of perennial sightings. Bartholomew makes the subject come alive by carefully documenting the bitter rivalries between competing Champ researchers and by filling in the background stories for numerous Champ witnesses and enthusiasts. He shows that the creature is not simply a media sideshow, but a concept that has touched real people's lives very deeply. " — Peter J. Dendle, coeditor of The Ashgate Research Companion to Monsters and the Monstrous

"The book provides a thorough exploration of the Champ tales told through the ages. Dr. Bartholomew assiduously weaves his way through the stories, myths, and legends that surround Champ. " — Mike Winslow, author of Lake Champlain: A Natural History 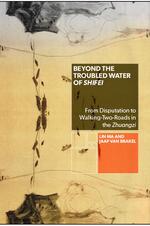 Beyond the Troubled Water of Shifei 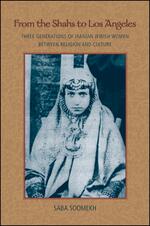 From the Shahs to Los Angeles 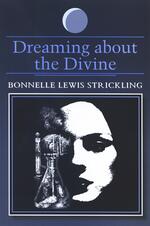 Dreaming about the Divine 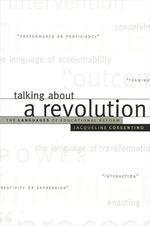 Talking about a Revolution 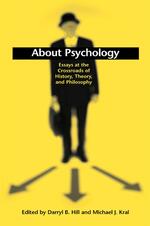 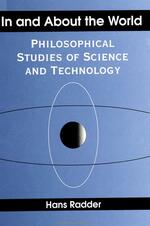 In and About the World 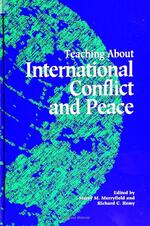 Teaching About International Conflict and Peace